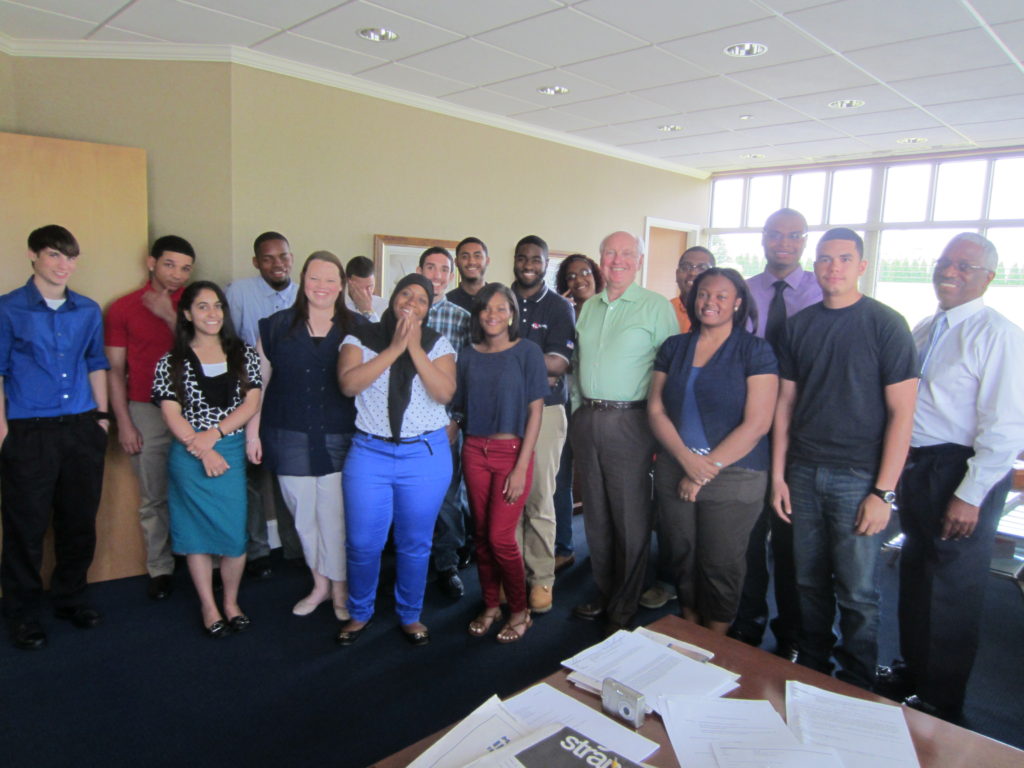 Seventeen student interns from nine area schools started their Summer Internship training today at Elliott-Lewis. Four of the interns are returning for their second year, including two who reported directly to their new jobs.  Interns will work in the corporate office at Black Lake Place or at one of Elliott-Lewis’ Facilities Maintenance client locations until August 16th.
Part of their orientation was a tour of Black Lake Place, including the office of  Bill Sautter, CEO, who welcomed them to Elliott-Lewis.

According to Elliott-Lewis’ Director of Community Outreach, Steve Jones, who led the orientation, “We have a great group of students this year who are looking forward to learning about how a business really operates. Hopefully some of them will decide to pursue a career in HVAC or facilities management and will help build the future of our industry.”